Feature Stories and Other Articles

Here you’ll find links to some of my feature stories and other articles. Many of these were first published in the Sioux City Journal or the Weekender. As time allows, I hope to eventually scan other favorites from newsprint copy and include them here as well. 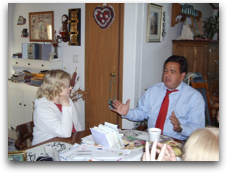 Jody talks about what led up to New Mexico Gov. Bill Richardson’s visit to her mother’s home in September 2007. Yes, Gov. Richardson was a presidential candidate at the time, but this private no-press-allowed visit had more to do with one woman’s story and two men who never had the chance to meet than it did with shoring up voter support.

Jody and her family are once again off to see composer and bestselling recording artist Jim Brickman perform with guests during this year’s Homecoming holiday concert.

A Conversation with Jim Brickman

Adopted at birth off the Lower Brule Sioux Indian Reservation, Paul LaRoche discovered his Lakota heritage in 1993 after the death of both adoptive parents. The discovery of his true heritage greatly affected LaRoche, who turned his powerful feelings to humanitarian causes through music and later was selected as a musical ambassador and speaker for the the UN Peace Conference. 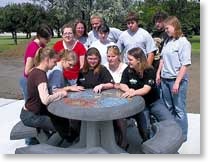 Students and faculty at West Monona High School in Onawa, Iowa will never forget Andrew “Big A” Merritt. When the 17-year-old died from injuries suffered in an automobile accident, his parents orchestrated a befitting tribute.

Sparkling crystal chandeliers hang elegantly in the lobby, cherub and swan sconces populate the walls, and the newly restored auditorium boasts a gold-leafed, hand-glazed ceiling and brilliant chandelier; it’s a bit like stepping back in time.

As the Akron, Iowa, Opera house gears up for its 100th anniversary, community theatre board members are busy with preparations for placement on the National Register of Historic Places.

On Christmas Eve in 1998, the Blencoe Volunteer Fire Department faced a disaster. A train with the Union Pacific Railroad derailed at 6 a.m., overturning an anhydrous tank and spewing out 40,000 gallons of anhydrous. Nearly five years later, they faced another type of crisis. 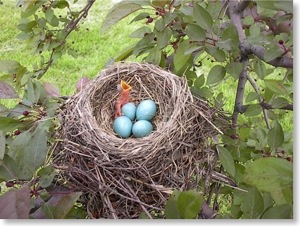 “Beauty is in the eye of the beholder,” wrote the 19th-century author Margaret Wolfe Hungerford in her novel “Molly Bawn.” More than 100 years after her death, the obscure romance writer’s words still ring true.

Once home to symphony performances and hosted by entertainers such as Fred Astaire and Katherine Hepburn, the Orpheum had become a one-story movie house with a projection booth carved into the former mezzanine balcony. There’d been no place – and no use – for the $60,000 Wurlitzer organ that for years had provided silent movie sound effects.

A day in the life with Sioux City, Iowa’s, Fire Station No. 3.

I Found it on eBay

Lee Holmes, a Vietnam veteran who spent 20 years with the Marine Corps, currently is using eBay to build a World War II collection of wartime memorabilia. He helps chart your course from search to sale.

The warmth and intimacy of Jim Brickman’s holiday concerts have been compared to a gathering of friends and family – a special homecoming – that resonates with the true spirit of Christmas.

When relief funds for the Siouxland-based American Red Cross began to dwindle, public relations and financial development director Richard “Doc” Zortman knew he needed to call on a hero. The former Navy journalist and photographer had the perfect candidate in mind to help coordinate the planned two-day event.

Mike Shiley – photographer, filmmaker and free-lance journalist – spent two months in Iraq chronicling the lives of the Iraqi people and U.S. soldiers at the height of the conflict while on assignment for ABC News. His 80-minute film highlights the challenges, opportunities and inside lives in a visual – and visceral – behind-the-scenes journey.

When the University of Iowa Center for the Book formed a committee of people to choose a book that all of Iowa would read, they had a few conditions. They were looking for a book by a midwestern author — not necessarily an Iowan — and they wanted an author that people hadn’t heard about or hadn’t read before. It had to be a book that could be read by a range of people, from all walks of life, and from ages of middle school on up.

They found their perfect read in Leif Enger’s Peace Like a River, a novel that celebrates family, faith and America’s spirit.

With conflict and war comes change, and Western Iowa Tech’s former Job Training Partners director Dennis Wolf has seen firsthand the horrors of war as well as thevalue of change. The Le Mars, Iowa, native Wolf – who served as a combat infantry soldier with the Army’s 4th Infantry Division from 1969-70 – journeyed to the country of a conflict that took more than 100,000 lives. It was the first time Wolf had set foot in Vietnam in more than 33 years.

Coach Al Buckingham’s career spanned more than 60 years, and included stints at Morningside College, with the NAIA and with the Olympics.

The Harlem Renaissance led to a flourishing of literature in the 1920s, with James Weldon Johnson editing “The Book of American Negro Poetry” in 1922. The book included works by Langston Hughes, one of the era’s most recognized writers who went on to publish “The Weary Blues” in 1926 and “Not Without Laughter” in 1930.

Some call it fate. Some call it karma. Whatever you want to call it, it’s that remarkable chain of events that occurs between two or more lives and one piece of literature. It also is the premise behind BookCrossing.com, an online site where members register books and release them “into the wild,” then follow the books’ journeys and the lives they happen to touch. 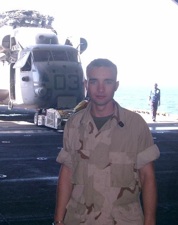 ” … I saw a faint outline of a person standing next to one of the smaller buildings, and, my hands on the trigger, yelled something like “Freeze!” but he disappeared with only a sidestep. I heard him call for the dog, and when a pickup passed by, the headlights showed a young boy — who couldn’t have been more than 10 — holding that dog …

.. I’d almost blasted a young boy the very first night of the war.”

Nowhere more than in a bookstore is the message clearer: Americans will not forget 9-11. As the first anniversary of Sept. 11 approaches, we look back through the pages of a year marked with sadness and hope, heroism and loss.

Monona County is the only Iowa county to have more people over age 65 than under 17. Population experts report that many rural Iowa counties could possess the same demographic characteristics in a few years. Monona County leaders address the issue in a two-part series.

In less than a quarter-century, the West Monona Community School District has seen its enrollment drop from 1,100 students to 714. Though West Monona’s enrollment over the years has decreased 36 percent, no programs or co-curricular activities have been cut. In fact, the school has been adding. 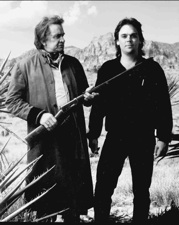 Most people knew him as “The Man in Black.” Many called him an icon, a true American treasure. Some called him by his given birth name – J.R. – but to those who loved and laughed with and knew Johnny Cash best, he was simply known as “John.”

“We receive many gifts during the course of our lives, not just on birthdays or at Christmas, and not all are wrapped,” Hugh Waddell states in his tribute book to his longtime family friend, John Cash.

In addition to Hugh, Weekender writer Jody Ewing also talks to “Cowboy” Jack Clement, W.S. Holland, and others who worked with and were closest to the late Cash. 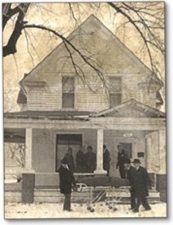 The first in my Sioux City, IA, cold case series — the 1974 triple slaying of two young men and a pregnant woman shot execution style in the home they shared — was published by the Weekender in May 2004 and set the stage for the Iowa Cold Cases website I launched the following year.

The site now includes information on hundreds of unsolved homicides and missing persons cases all across Iowa. In an unexpected twist of fate, my stepfather, Earl Thelander, was killed in 2007; his case also remains unsolved.