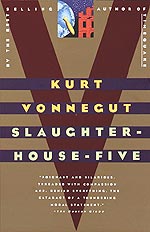 In Chicago, thousands of people are reading the same book – on buses, park benches, in homes and schools. In a new citywide reading initiative, christened “One Book, One Chicago,” officials asked every adult and adolescent to read the same book at the same time in an effort to spark discussion and bring people together in ways not otherwise possible.

The Chicago Public Library’s first choice for the pilot program: “To Kill a Mockingbird,” Harper Lee’s powerful anti-racist novel which won a Pulitzer Prize in 1961.

At roughly the same time in Muskogee, Okla., the high school principal decided to pull Lee’s novel from a list of required freshman reading because of “racially charged language.”

It is precisely this sort of debate which led the American Library Association and the American Booksellers Association in 1982 to create “Banned Books Week,” an annual event that celebrates the freedom to read what we want and the freedom to express our opinions, even if those opinions are considered unorthodox or unpopular. Observed Sept. 22-29 this year, the event reminds all Americans never to take reading for granted.

This year’s theme “Develop Yourself: Expose Your Mind to a Banned Book,” fosters the opportunity to have conversations with other readers about protecting our first inalienable right – freedom of expression.

Who Challenges Books, and Why

“People hold their value system very closely. They believe what they believe,” says Joan Allen, branch manager of Sioux City Public Library’s Morningside branch. “It’s impossible, I think, for some people to concede that other people could not react the same way.”

What it boils down to is tolerance. “We’re not, perhaps, as tolerant of other people’s beliefs and value systems as we should be,” Allen says. “I think you’ll never escape that.”

That intolerance results in books being either challenged or banned. A challenge is a formal, written complaint filed in an attempt to remove or restrict materials, based upon the objections of a person or group. A banning is the actual removal of those materials. Most challenges are unsuccessful.

Ironically, books usually are challenged with the best of intentions, often to protect children from what some perceive as inappropriate or harmful material. The most challenged titles of 2000 included the popular “Harry Potter” series of fantasy books by J.K. Rowling. The series drew complaints from parents and others who felt the books promoted witchcraft and Satanism.

“That’s sad,” says Sue Ritts, employed by The Bookseller in Cherokee, “I question how many of those people that put them on the banned list actually read the books, because they really are not what people are portraying them to be.”

The library’s Allen likens Harry Potter to Mary Poppins, and says the series is “a wonderful fantasy.”

“It’s magic, it’s not Satanism,” says Allen, who has read all the books and awaits the next installment. “It’s what we used to call magic. Those people who have reacted to Harry Potter have not read Harry Potter.”

Banning of books can be traced to 213 BC, when all Confucian books were burned except one copy of each which was kept in the Chinese State Library. Common people were eager to learn; books were one of the biggest threats and likely burnt out of fear.

That danger of censorship exists today as restraints are imposed on availability of information. Classrooms are frequent targets, with more than 70 percent of all challenges in the 1990s being to materials found in schools or school libraries.

“Parents have the right and responsibility to restrict what their children read,” says Scales, “But no one should be able to make those decisions for someone else’s children. The freedom to read is one of the best and most important ways kids learn about the world around them.” 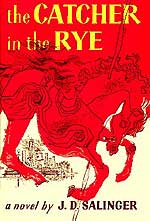 The Most Frequently Challenged Books

Books frequently are challenged for containing sexually explicit material, using offensive language or having material considered unsuited to an age group. Other reasons include occult themes or because they promote Satanism, material considered violent, or for promoting religious viewpoints or homosexuality.

Those routinely topping the list include John Steinbeck’s “Of Mice and Men,” Robert Cormier’s “The Chocolate War,” Maya Angelou’s “I Know Why the Caged Bird Sings” and the “Scary Stories” series by Alvin Schwartz. Of the top 10 most frequently challenged books for 2000, more than half were cited as “being unsuited to age group.”

Peg Brady, head teacher for library media with the Sioux City School district, says that without a doubt, most complaints have come from the elementary level and have often dealt with witchcraft.

“Some of them are little, out of the way books,” says Brady, who also holds a bachelor’s degree in language arts. “I don’t think they’d be that recognizable to most people.” One such book was “Dorie and the Halloween Plot.”

“The only time I become involved is when a book is questioned by a parent or a teacher, and then the district has a process for that,” Brady says. That process includes the challenger filling out a written complaint and questionnaire, and then assembling a school committee to read and discuss the book. Once a decision is made, the challenger is informed of the decision and given the option of taking it to the board. So far, says Brady, that has never happened.

“We do get a complaint now and then, and they’re not fun,” she says. “So far we’ve been very successful at having the people read our decision and not go any further.”

Public libraries also have a procedure, though Allen says in the past few years, no one has filed a formal written complaint. “I’ve had people who have voiced a concern about a particular book or audiotape that we have in the library, and we always try to address a patron’s concern about material,” she says. “Everybody has personal likes and dislikes when it comes to their fiction or non-fiction. It would be a huge surprise if we didn’t have complaints.”

The ALA Office for Intellectual Freedom received a total of 646 challenges in 2000, up from 472 in 1999. Classics routinely hitting the list include J.D. Salinger’s “The Catcher in the Rye,” “The Bluest Eye” and “Beloved,” by Toni Morrison and Mark Twain’s “The Adventures of Huckleberry Finn.”

Morningside library’s Joan Allen says that attempts to ban books are more often attempts to suppress ideas. “Sometimes in looking at a book – Huckleberry Finn comes to mind – the ideas that the books are presenting are so much larger than the issues of race or other forms of objections that people have filed.”

Sometimes, Allen says, people read just so far, see bad words or bad things happen and then close the book. That’s too bad, she says, because there’s often something much larger.

“Unfortunately, it’s the books with the big ideas that so often are banned for the wrong reasons,” she says. “People just don’t look far enough. They haven’t read it before they make a decision about it.” 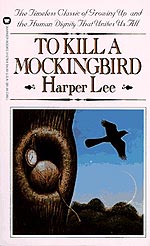 What We Can Do To Make a Difference

When guided by parents, banned books have the potential to teach youth important lessons.

“It’s a good way for parents and children to have good discussions about why, perhaps, parents are screening some of the things,” says Ritts, from The Bookseller. “I’m not against screening, but parents also need to explain why it is that some other people have a problem with it.”

Ritts says people also can speak out against censorship and the fact that it is our right to pick and choose. “No one else should be able to tell us what we can and cannot read in our spare time,” she says.

And then there’s Chicago, where embracing one book may serve as a springboard for opening other cities’ doors to discussion.

Claudia Durst Johnson, former chairwoman of the English department at the University of Alabama and a leading expert on “To Kill a Mockingbird,” said in a recent New York Times interview: “It will provoke some controversial discussions and heated debates about race, gender, the Southern stereotype and the church and its possibly hypocritical stance. That’s good because anything that causes people to think and interact and maybe even figure out how other people feel is a great thing.”

This article first appeared in the Weekender on September 20, 2001.