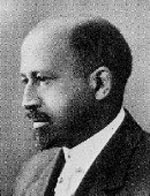 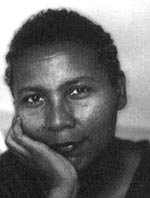 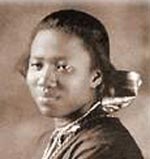 As a child, African slave Phyllis Wheatley was brought to Boston and sold to a merchant. At the time she spoke no English, but by the time she’d reached 16, she’d mastered the language under the tutelage of her owners. In 1773 she wrote and published “Poems on Various Subjects,” a literary collection which would designate her as the first African-American writer. The work was highly controversial only because of one thing: the writer was a bonded slave.

In the ensuing two centuries, black writers went on to publish some of the most spirited and significant works in American literature.

On Monday, Feb. 4, students, faculty and staff from Morningside College will pay tribute to those writers when they join a chain of more than 1 million readers in the 13th annual African-American Read-In Chain. The Read-In is being held in recognition of Black History Month, with Morningside students reading and sharing writings of contemporary and historical African-American authors.

“It started out that Morningside College wanted to do more for Black History Month than what we’ve done in the past,” said Cathee Phillips, Morningside’s director of public relations and editor of The Morningsider. “We were looking for ways to develop that, and we found out about the Read-In through the Internet.”

The Read-In is sponsored by the Black Caucus of the National Council of Teachers of English (NCTE) and endorsed by the International Reading Association (IRA). Participating schools, churches, libraries, bookstores and other organizations are serving as hosts across the nation to create a chain of readers on Sunday, Feb. 3, or Monday, Feb. 4. The chain involves reading works authored by African-American writers at community sites on Sunday and in school buildings on Monday.

Phillips, along with Dr. Michelle Venable-Ridley, associate professor of religious studies at Morningside, are organizing Monday’s event. The goal of the event is to make the celebration of African-American literature a traditional part of Black History Month activities.

“We get together in the auditorium, and we’re going to read from the suggested reading list,” Phillips says. “Some of the authors include Bell Hooks, W.E.B. DuBois, Howard Thurman and Era Bell Thompson. They do this in all schools across the country in all types of various ways.”

Era Bell Thompson, who graduated from Morningside in 1933, was one of the college’s first female African-American graduates. Under a Newberry Fellowship, Thompson wrote her autobiography “American Daughter” in 1946. She served as managing editor of Negro Digest from 1947-1951, and then became co-managing editor of Ebony magazine. She wrote three more books in her lifetime.

The Read-In can be as simple as bringing together family and friends to share a book, or as elaborate as arranging public readings and media presentations. To be counted as participants, groups select books authored by black writers, conduct read-ins on the designated day and then report their results on-line, by mail or fax.

The project began in 1990 with 24,415 reported participants and expanded to 392,809 in 1995. More than 1 million readers of all ethnic groups, from 49 states, the West Indies and African countries have participated.

Carter G. Woodson, the founder of the Association for the Study of Afro-American Life and History (ASALH) began the national celebration of black history with Black History Week in 1926. The event originally was celebrated during the second week of February, and in 1976, February was established as Black History Month across the United States.

The Harlem Renaissance led to a flourishing of literature in the 1920s, with James Weldon Johnson editing “The Book of American Negro Poetry” in 1922. The book included works by Langston Hughes, one of the era’s most recognized writers who went on to publish “The Weary Blues” in 1926 and “Not Without Laughter” in 1930. Black women also made powerful impressions, such as Zora Neale Hurston’s novel, “Their Eyes Were Watching God.”

The Renaissance paved the way for future African-American writers, many who first emerged in the ’40s and ’50s. Richard Wright published an unfaltering criticism of racism in his novel “Native Son,” and in “Invisible Man,” Ralph Ellison presented the world of an ordinary Black. But it was the Civil Rights movement that reflected and firmly imprinted the forceful voice of many black writers.

James Baldwin, who wrote “Go Tell It on the Mountain” and “Notes of a Native Son” (his response to Richard Wright’s book), scribed essays and fiction that not only dealt with race, but family, sexuality and his childhood in the church. Lorraine Hansberry, author of “A Raisin in the Sun,” became the first black woman to have her play produced on Broadway. Ntozake Shange penned her infamous meditation on women, “For Colored Girls Who Have Considered Suicide/when the rainbow is enuf.”

By the ’70s and ’80s, black writers routinely topped the bestseller lists. Toni Morrison, Alice Walker, Maya Angelou and Alex Haley defied categorization with their own distinctive voices, capturing the vernacular of blacks in both America and abroad. Area bookstores plan to highlight those books throughout Black History Month.

“They’re very good, and always steady sellers,” Sullivan says. Maya Angelou, author of “And Still I Rise,” is one of the store’s most popular sellers in African-American literature. Sullivan says out-of-print books, such as those by W.E.B. DuBois or James Baldwin, can always be special ordered.

For more information on getting involved with the African-American Read-In Chain, call 901-678-5490 or 217-278-3760. The public is invited to Morningside’s free Read-In, which is sponsored by their Academic and Cultural Arts Series.