Born in Santa Fe, N.M. in 1952 and of Chicano and Apache descent, Jimmy Santiago Baca was abandoned by his parents at age 2. He went to live with a grandparent for several years before being placed in an orphanage. Cast off by everyone he trusted and loved, he ended up living on the streets as a violent and bitter teen. At age 21, the illiterate young Baca was convicted on charges of drug possession and sent to spend six years in a federal prison in Florence, Arizona. He spent four of those years in solitary confinement.

During his years in prison Baca taught himself to read and write and began composing poetry. At the urge of another inmate, Baca submitted some of his poems to Denise Levertov, then poetry editor of Mother Jones magazine. Levertov not only printed the poems but also began corresponding with him, eventually finding a publisher for his first book. He emerged from prison with a passion for writing and literature.

Today, Baca is regarded as one of the nation’s top poets, counting among his prestigious prizes and awards the American Book Award, the Southwest Book Award, the Pushcart Prize and a National Endowments for the Arts Literary Fellowship. In addition to his writing, the self-styled “poet of the people” conducts writing workshops for children and adults at schools and universities, barrio community centers, white ghettos and housing projects, and correctional facilities and prisons — all across the U.S.

What: “Dreams for a Better Life,” special presentation by Jimmy Santiago Baca
When: 7-9 p.m. Tuesday, Oct. 26
Where: Castle on the Hill Auditorium
Free and open to the public

Baca will visit Western Iowa Tech Community College (WITCC) next week for a three-day residency as “Visiting Artist” for the College’s 2004 Fund for Inspiration program. From Oct. 26 – 28, Baca will give two public presentations in which he will read selections from his work and talk about the transforming power of literacy. He also will conduct several writing and poetry workshops for specific audiences within the community, including GED students, at-risk adolescents and East High School students.

“What an opportunity to see a poet of his stature, someone world renowned,” said Cyndy Scott from the New Iowan Center, one of WITCC’s partners co-hosting the event. “We’re very honored that he’s coming to Siouxland.”

Baca begins his visit with a special convocation on Tuesday, “A Conversation with Jimmy Santiago Baca.” Dr. Robert Dunker, president of WITCC, will welcome Baca to campus and introduce him, followed by Eddie Dunn — WIT’s director of distance learning and global education — who will interview Baca about his life and work.

At 6 p.m., Baca will attend a special reception in the Castle on the Hill lobby, hosted by the New Iowan Center, a part of Workforce Development and a division of Siouxland’s Community Action Agency. From 7 to 9 p.m., Baca will give a special presentation “Dreams for a Better Life,” at the Castle on the Hill Auditorium where he’ll talk about the role literacy played in his journey from despair to hope.

“They’ll have tours at the Castle throughout the day at different times, because this will be the first presentation in the refurbished auditorium,” says Scott, who knew when she first saw the auditorium that it would fit perfectly with Baca’s message.

“On the back of the auditorium are the paintings that the kids did at the high school many years ago,” she says. “And we’re actually using that as the backdrop because it kind of looks like the barrio, kind of where Mr. Baca came from. It sort of reminds me of ‘West Side Story.'”

The auditorium will accommodate 800 people, and Scott hopes for family attendance where parents will bring their children. She believes high school students in particular will connect with his poetry and be able to reflect.

“When you’re a high-schooler, you are growing very much into the person that you’re becoming,” she says. “I guess that’s your stumbling block as you grow, and he talks a lot about stumbling and being able to go to a whole different point in his life.”

Education Director Marcy Hahn of Sioux City’s Boys & Girls Home has witnessed that stumbling firsthand in her work with inpatient students. Baca will conduct a writing workshop with at-risk adolescents aged 12-18 at the Boys and Girls Home on Wednesday afternoon. Hahn says Baca’s message is a great fit for her students because he not only has the empathy but has experienced exactly what they are all experiencing.

“And for those kids, that means a lot,” Hahn says. “It’s a tough thing, because others have to endure the pain that they’re enduring in order for them to make ‘the connect.’ But the level that he’s going to connect on with them is that he’s had the same experiences they’re going through right now and can speak to that.”

Hahn says Baca offers hope on the other side of that.

“I always try to bring in people who can do that kind of thing and say, ‘Look, there is light at the end of your tunnel, kids, and there’s a way out,'” she says. “And for me, of course, it’s important that he emphasize that education is part of that message. It’s because of his finally becoming literate and writing that he has found a whole new dimension to his life. It carries a double-whammy message to my kids.”

“It’s about that connect that you feel with somebody in life.” 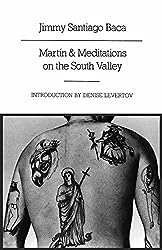 Baca earned his bachelor’s degree in English in 1984, and in 2003 a doctorate in literature, both from the University of New Mexico. In 1987, his semi-autobiographical novel in verse, Martín and Meditations on the South Valley: Poems

In addition to his books of poetry and novels, his 2001 memoir, A Place to Stand

, chronicled his troubled youth and the five-year jail stint that brought about his personal transformation. 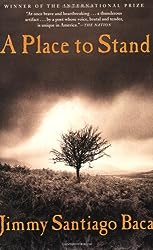 “The kids know he’s coming, and they are excited,” says Hahn. “All the kids know his bio and story and several kids have read his biography. The other kids will read it or they’ll get book reports from each other. Again, it’s about that connect that you feel with somebody in life.”

In addition to changing young lives, Scott says Baca’s visit will focus on cross-cultural diversity that is so important to changing societies. At the New Iowan Center, she says they try to always have that spirit of celebration of friendship by showcasing the rich culture and the traditions that are now the new wave in Siouxland.

“To be able to share some backgrounds from other cultures is very unique,” Scott says. “It’s kind of like being a rose; as you grow you hope the rose continues to open, so no mater what age we have a lot to learn in life and a lot to share. By continuing to open our rose as we grow, the gifts that come to us — there are just so many.”