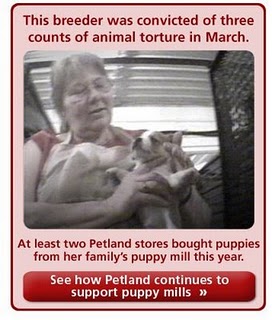 I occasionally receive e-mails from the U.S. Humane Society, and whenever one shows up with a months-long undercover investigative report and accompanying video, I know I’m in for some serious heartbreak. Yes, there are those who say “then why watch it” and some who even say “I can’t bear to watch those,” but ignoring a problem or turning a blind eye — particularly when it comes to any kind of abuse — is to deny help or justice to those without a voice.

And, when it comes to animal rights, there’s no professional organization working harder than the HSUS. Because of them, legislation has improved the lives of hundreds of thousands of farm and domestic animals.

Their most recent nine-month-long undercover investigation exposed the mistreatment of nearly 300 chimpanzees and other primates at the New Iberia Research Center (NIRC) in Louisiana. Living lives of deprivation and misery, these chimps are among the more than 1,000 chimpanzees languishing in laboratories across the United States.

ABC News: Nightline broke the story on March 4. Each animal’s suffering detailed in the report was wrenching, but the story of 26 elder chimps currently warehoused at the facility was particularly poignant. These 26 chimps were taken from their mothers in the wild, and have since lived a life behind bars. The oldest, Karen, was captured in 1958, when Dwight D. Eisenhower was still president.

I encourage you to watch the video and then contact your congressman as well as Louisiana Governor Bobby Jindal. (The HSUS pages will provide the contact information.)

Though one church member referred to him as a “wonderful, good old country boy,” I see nothing good about a church pastor who ousts his own congregational members for their democratic political beliefs. (CNN.com – Pastor tries to calm waters over political oustings – May 8, 2005)

The Rev. Chan Chandler from the East Waynesville (N.C.) Baptist Church may have issued a statement (through his attorney, no less) saying the “church” doesn’t care about its members’ political affiliations, but that doesn’t say much for this reverand’s “personal” beliefs.

One has to wonder what kinds of “sermons” this man has been preaching over the course of the years. He says he’s invited all church members to attend a “business” meeting on Tuesday, and expects it all to be “cleared up” by the end of the week. Is he kidding? And does that mean that only church members will be allowed to attend? I have a feeling this is one meeting that certainly won’t be business as usual.