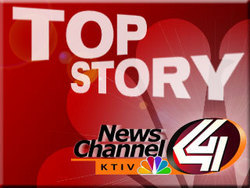 A rural Monona County, Iowa, home is in ruins, and the owner is in the hospital, after an explosion, Tuesday afternoon.

The Monona County sheriff says his deputies got the call at about 12:30. When they arrived at 20877 Gum Avenue they found 80-year-old Earl Thelander in the home’s basement suffering from burns.

He was rushed to Burgess Medical Center, in Onawa. His condition hasn’t been released.

Deputies say the cause of the explosion is being attributed to a cut propane line on a furnace in the basement.

The Sheriff has actually been called to the residence earlier in the day for the report of theft and vandalism. Investigators say someone broke into Thelander’s home and stole copper tubing water lines… and tried to steal the copper propane line.

The home sustained serious structural damage in the blast.