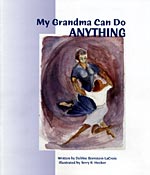 Too much stress can be damaging to both you and the person for whom you are caring. The following stress indicators, experienced frequently or simultaneously, can lead to more serious health problems. Learn to recognize signs of stress in yourself. Taking care of yourself will help you be a better caregiver.

Though a change in memory is normal as we grow older, people with Alzheimer’s have problems severe enough to have an impact on their work, social activities and family life. They include:

It begins with something simple; one forgets the name of a daughter’s new husband or has trouble balancing the checkbook. Later, an everyday task may feel strange or the street coming home seems unfamiliar. Eventually there might be mood swings — from calm to tears to anger — for no apparent reason, and finally one seeks answers to the many unanswered questions.

The warning signs often add up to Alzheimer’s disease (AD), a progressive, degenerative disease of the brain and the most common form of dementia. Approximately 4.5 million Americans have AD and an estimated 16 million will have AD by the middle of this century — 2050 — unless a cure or prevention is found. First described in 1906 by German physician Dr. Alois Alzheimer, the disease once considered rare is now the leading cause of dementia.

Dementia — though often used synonymously with AD — is an umbrella term for several symptoms related to a decline in thinking skills. Common symptoms include a gradual loss of memory, problems with reasoning or judgment, disorientation, difficulty in learning, loss of language skills and a decline in the ability to perform routine tasks.

Tina Stroud, president of the Alzheimer’s Association’s Big Sioux Chapter in Sioux City, says their primary role is to provide education support and advocacy on behalf of caregivers and the community. They accomplish that through a wide range of services and lots of education.

“Our other role is really to help families,” says Stroud, who works with families to delay nursing home placement for as long as possible. “But we do realize that that’s also a reality for most people, so we also are there with them every step of the way through that transition.”

Transitions also include education, from the young child who doesn’t know what is happening with a grandparent to adult children faced with choices and learning to deal with caregiver stress. In addition to support groups and in-home respite care, the Big Sioux Chapter also has partnered with a local writer for an Alzheimer’s book written exclusively for children. It’s all part of an ongoing effort, says Stroud, to plan along the way for how AD will impact relationships and lives.

The Need for Education

AD has a very gradual onset, and that’s where the difficulty is, Stroud says, with the disease and actual point of diagnosis.

“Most of the time people will start to realize they’ll become a little bit more forgetful,” she says. “You and I kind of forget things, but this is starting to impact their lives. They realize something is not quite right.”

“I was just sitting there one day thinking what would I do, or how would I explain it to my son if one of my parents would get Alzheimer’s, because they say it’s hereditary,” says Bernstein LaCroix, whose grandmother has since died. “They have such a close relationship that I would want him to remember my parents as they are now rather than how they would be.”

The result was Bernstein LaCroix’s first book “My Grandma Can Do Anything,” an illustrated story for children that captures and explains the different stages of the disease. In conjunction with the Alzheimer’s Big Sioux Chapter, Bernstein LaCroix wrote the story while Terri Hecker of California penned the illustrations.

“The goal of the book is to not only explain to the child the different stages, but to also tell them when visiting grandma, what they can do to help their grandparents by remembering,” says Bernstein LaCroix. “For instance, going through a photo album, or sharing different memories they’ve enjoyed with their grandparents.”

The last page contains a journal that children can fill out to keep track of special memories.

“It’s a wonderful book,” says Stroud, “and we also have a brand new program where we’ve developed a children’s curriculum. The pilot program includes going into the school setting and educating elementary-age children about what’s going on with grandma and grandpa.”

In addition to their continuing education, the Alzheimer’s Association has a resource library, a 24-hour helpline, a family assistance program and works to address other disorders that also cause dementia.

“There are other dementias that can be sudden,” says Stroud. “For example, if they have multi-infarct dementia (MID).”

A common cause of dementia in the elderly, MID occurs when blood clots block small blood vessels in the brain and destroy brain tissue.

Ellen Nichols of Dakota Dunes began noticing symptoms in her father a few years ago when he became more forgetful and asked the same questions over and over.

“We didn’t necessarily suspect Alzheimer’s at first, but he went in for testing because of his memory,” says Nichols. “He initially was diagnosed with dementia, and eventually with multi-infarct dementia.”

The difference, Nichols says, is that her father knows that he has it, he knows it is something you die from and he’s going to know during the process what is going on.

“The doctor said that in a way, it’s going to be more difficult than if he actually had Alzheimer’s because people with Alzheimer’s generally don’t know they have it,” she says. Nichols, who is married with two small children and is expecting her third child in January, is in the process of moving her father into the suite she and her husband built onto their home.

Nichols has spent the last two years preparing for the move and setting up a support system to manage caregiver stress. She hopes to keep her father in the family environment as long as his condition allows.

Learning to Ask for Help

“One thing that I always wanted to do was spend time with my dad, and it’s interesting that now I get to spend lots of time with him,” says Nichols, who credits her father with devoting his life to helping other people. “I’m also learning that this isn’t going to be like Dad moving in with us, it’s going to be like an Alzheimer’s patient moving in. It’s my dad, but it’s not the same as Dad. It’s just different.”

Nichols arranged for two girls to come to her home at scheduled times throughout the week, and also hired a cleaning woman so she could get her needed rest. But, she says, these things cost money.

“People say ‘I can’t afford to hire somebody,’ but I can’t either,” Nichols says. “So we’ve cut out cable, I don’t go for coffee as much as I’d like, and we just make cuts in other areas so we can afford to do these things.”

Nichols is not alone. More than seven of 10 people with AD live at home, and family and friends provide almost 75 percent of home care. The remainder is “paid” care costing an average of $12,500 per year, with families paying that almost entirely out-of- pocket. Neither Medicare nor most private health insurance covers the long-term care most patients need.

Nichols credits the Alzheimer’s Big Sioux Chapter for steering her to resources and directing her to other agencies.

“It used to be you just did it yourself, and we can’t afford to keep doing it all by ourselves,” says Nichols. “They [Alzheimers Association] know everything. I can just call and ask and they’ll direct me. Sometimes I just need to vent or whatever, and they’re awesome.”

They also help dispel the myths behind the disorders, which Nichols says is so important.

“Alzheimer’s is a disease, it’s not a character defect,” she often explains to others. “He’s not doing anything just to be malicious, it’s a disease and he’s the victim of it, not you.”

Stroud says another myth is that there’s no hope. “I’m here to tell you that there is a little bit of hope,” she says. “Research has come a long way. We may not be able to cure the disease today or stop it, but we can sure impact a person’s quality of life and make sure they have the best possible life for their remaining years.”

For More Information visit the National Alzheimer’s Association’s website at www.alz.org or the Big Sioux Chapter at www.alz-sioux.org or call 800-426-6512.