In a story that rises out of the sparce Nebraska landscape, Timothy Schaffert delivers a textured, eccentric and redemptive tale about two young women searching for wholeness and love. “The Phantom Limbs of the Rollow Sisters

,” Schaffert’s seriocomic debut novel, tells of two sisters on the cusp of womanhood, struggling to understand their father’s suicide as well as their mother’s abandonment of them many years before.

Mabel and Lily live in a rural Nebraska junk store they’ve inherited from their grandmother. They’re bound by their loyalty to each other, and by their haunting urgency to reconcile their own versions of the past so they might fully move forward with their lives. Lily, in what she believes is a wild choice, steals a car with her boyfriend and heads to Arizona to finally confront her mother. Mabel stays behind, seeking to commune with her father’s ghost.

Schaffert, who grew up on a farm in Nebraska and is currently editor in chief of The Reader, Omaha’ alternative newsweekly, says the story of the girls stayed with him and was destined to become a novel.

“When I was in college I lived in the same neighborhood as two little girls that I would see out with their father,” Schaffert says. “One day I saw them racing to keep up with their father as he was walking at this quick pace. They were running like the devil to keep up. They went into a store, and I was passing as they were coming out. I saw the one taller sister, and she looked as if she were trying to remain collected, while the younger sister was just a mess. She was sweating, and you knew they were both just dreading this having to run to keep up with their father again back to their house.”

The next time Schaffert saw the sisters they were walking hand in hand with their father on a cool, spring evening, dressed in their winter parkas.

“That intrigued me, this family that seemed to fluctuate between chaos and overprotectiveness,” says Schaffert. “I started thinking then about the two sisters, and I’ve always been fascinated with relationships between sisters.”

Eventually he wrote a short story about the girls. And then another. Finally, he decided he had to write the book. The result is what The New York Times writer Janet Maslin calls “a colorful, not unduly precious world in which everything seems to mirror the sisters’ idiosyncrasies.”

Nebraska’s history comes to life throughout the pages as Lily and her boyfriend take off in the very Packard used by notorious killers Charles Starkweather and Caril Ann Fugate. Schaffert says he based the novel’s location on Aurora, his small hometown in rural Nebraska.

Though the book deals with issues such as loss and abandonment, Schaffert says he means for it to be funny, too.

“The thing I really want people to realize is that it’s not a dark novel despite the details and tragedies of the girls’ lives,” he says. “The book has a light side as well. The events that take place in the novel help them get to a place where they can appreciate each other more and not just see the tragedy when they look at each other.”

“My Favorite Kind of Book” 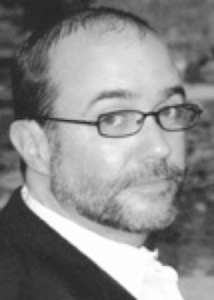 Schaffert began writing when he was a child, first writing comic books, storybooks and eventually plays. He graduated from the University of Nebraska at Lincoln and earned his MFA through the University of Arizona’s creative writing masters program. While attending school in Tucson, he lived near a junk shop run by a couple who lived amongst their goods. The store eventually became the prototype for the antique shop in his book.

Schaffert says the title is kind of provocative in terms of metaphors and relationships.

“It’s representative of the psychic connection that the sisters have, the closeness they have,” he says. “Just the idea of when someone close to you suffers a loss or has something terrible happen to them, you feel that pain as well.”

The idea of the book, he says, is that the sisters must come to terms with their grief and put the tragedies of their lives behind them in order to embark on fresh lives. He already has started a new novel, and says he is getting a grip on the characters and trying to define their idiosyncrasies.

“That’s my favorite kind of book,” he says. “The one that can make you laugh and still deal with serious issues.”